Tenshimitsu 2018-05-26 21:29 1
I'm pretty sure every Yoshi player knows Eyemusician - currently Korea's best Yoshimitsu player, known from his super-flashy but effective gameplay. We decided to ask him some questions! Read on to know more!

Hi! Thank you for taking time to answer some of our questions! First of all, what's your name and where do you come from?

My name is eyemusician (Min Hyeong Park) and I'm from Korea.

So... what's the story behind your nickname?

eyemusician(I - musician) is the name of a mobile rythm game which I played first time.

I would never guess that! How did you start to play Tekken?

When I was a child, my father gave me ps2 and tekken 4. Since that day, I have been playing Tekken.

Why did you chose Yoshimitsu? Was there anybody who inspired you to play Yoshi?

I played PS2 Tekken arcade mode with all characters, and thought the funniest character is Yoshimitsu, so I chose him.

Yes he is! Speaking of the game, which Tekken game is your favourite?

Tekken 7. Because I think 7 Yoshi is the most powerful and enjoyable.

I think that too! Another question that everyone were asking is - what's your favorite Yoshi version or customization?

I can't choose easily cause I like all of Yoshi's customization, but maybe 6??
I never forget the first time I saw 6 Yoshi's b+2,1. It fascinated me.

Yep, that's a pretty move. What was your favourite Tag Team in Tekken Tag Tournament 2?

Yoshimitsu&Alisa. It was my tag team. The reason why I chose Alisa to sub character was their tag assult combo damage was good and both characters could make rage status quickly. And they have two special win poses each other :)

Yes, I like their win poses! Especially the one with sword salute. I'm very curious about this one: how often do you play?

Wow, that's a lot! Within this playing time, how often do you use Practice mode?

What do you focus on when you play or practice? (attack, defend, counter, movement, etc.)

I focus breaking opponent's mental when I play.
And recently I'm focusing my movement and setup when I'm practicing.

This is also my favourite thing in playing Yoshi: mind games! Are there any Yoshi players that inspire you and you think are strong?

All Japanese Yoshi players, include Kari&Apo (T7), Owata (TTT2). I have been often inspired by them since I was in the beggining step.

What do you think about foreign Yoshi players?

Great friends who give each others inspiration and cheer beyond the sea.

That's sweet! I like how all Yoshi fans are like a big family, always supporting each other. Is Yoshi a good character in your opinion? (capable of consistently winning tournaments?)

Indeed, 7 Yoshi is the best Yoshi in Tekken series, so I think the probability of winning the tournament is higher than before. But it seems difficult to say that Yoshi is as good as other characters in the tournament.

Yes, I also think this is what he's missing, considering how weak his WS+4 is. Going further into this topic, what are Yoshi's worst weaknesses in your opinion?

Low damage. But I won't add Yoshi's damage in a buff list. It may seem OP. But I think it maybe okay to raise 1~3 damage.

Yes, I agree. I noticed many times that at the end of a round all I need is a little poke, that 1-3 damage would really help!
Do you prefer playing casual or tournament?

I prefer participating in a tournament in order to have more experience.

Do you think you'll travel and take part in Tekken Tournament in the West?

Probably no, I can't. I don't have enough money to travel.

That's OK, maybe one day! Tekken is getting more and more popular so nothing is impossible.

Now time for questions not related to Tekken! What other games you like besides Tekken?

Okay, and what's your favourite movie?

I'm also interested in what music you listen to?

What's your hobby besides Tekken?

Playing other games, taking a walk, listening to music.

Can you tell us what's your profession? (student or full time job?)

I am a Korean university student, and I'm doing a part time job.

And finally, what are your plans for nearest future?

I'm not sure yet, I'm considering many thing now. But one of the things i wanna do is going to Japan Yoshimitsu festival again on october 7th. I'm managed to go there.

That's awesome! Many western Yoshi players would like to go there as well.
Thank you again for answering our questions and hope to see you one day! 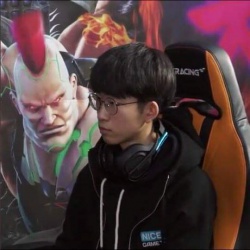 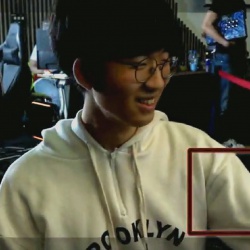 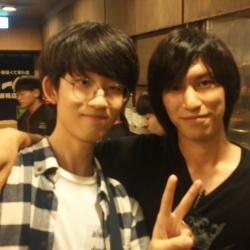