SparkyMularkey
Administrator
Offline
OMG, that's insane! Who does that!? What a foolish man!

Jembru
YOT Elite
Offline
Hey, you didn't tell me about that Sum. Was I in Germany when that happened? But lol at the inch/cm thing. It reminds me of a former YOTian who thought that huge ride at Thorpe Park was 5' high!!! Though I am thankful for stupid people because they make me feel normal. Hehe

Also, is anyone here following the world cup? I have no one to talk to about it. My usual football buddy (my dad) is on holiday with his girlfriend and my only friend who cares about football seems to be in super-busy mode. Either that or the aliens have taken him. Could be the aliens...
#198
2010-06-22 14:55

Jembru
YOT Elite
Offline
Yeah, you can't escape it during the World Cup. Not unless you build a wooden shelter in your back yard and lock yourself in for the season.
#200
2010-06-22 19:50

SparkyMularkey
Administrator
Offline
LOL! Actually, World Cup talk is pretty much at a minimum around where I live, which is kind of surprising. I thought more people would like it.
#201
2010-06-23 01:17

yoshimitsu8861
YOT Elite
Offline
World Cup talks here isnt common much... mostly about basketball is what people talk about... but the higher class people likes to talk about the world cup

Yoshimattsu
YOT Elite
Offline
Well I for one am not suprised that the United States is already on thier way home. Japan has been doing much better than predicted, which makes me happy! Other than that I think it would be a major shocker if anyone besides Brazil won, they are on fire as usual. Unfortunately I think Africa will be out this round. Ghana might not have another win in them..
#203
2010-06-28 17:55

SparkyMularkey
Administrator
Offline
I was actually surprised Brazil only beat North Korea 2 to 1. I thought they would have pummeled them (like Portugal did.

Kogamitsu
Administrator
Offline
I'll be off to the 10th Lumous Gothic Festival tomorrow, right after work. Oh, I've been looking forward to this. So many great artists arriving from all over Europe just for this event. Good bye stress and unsavoury thoughts that litter my minds, hello awesome music, beautiful people and dreadfully aching feet that lie inside my brand new boots!

And only a week after this, to the stage of club Pakkahuone climbs the legendary Viikate - and I will be there to witness it. Two weekends in a row with good friends and pleasing music. What more could a girl ask?
#207
2010-07-08 18:04 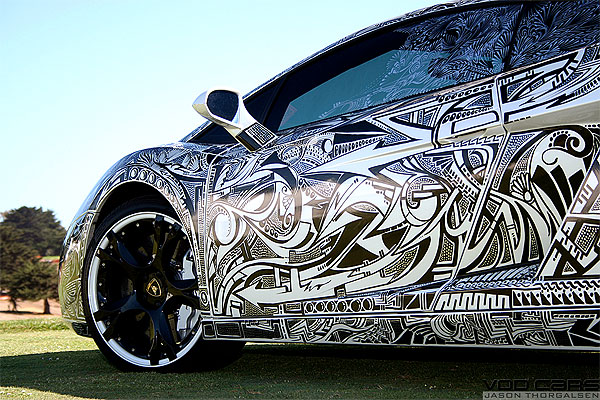 A sweet passion for bikes:

And finally... The epic sharpie fail award goes to:

A.K Fan1234
YOT Elite
Offline
you mean the two cars, the first is a bmw 3 series and other is a lamborghini gallardo

# A.K Fan1234 : you mean the three cars, the first is a bmw 3 series, the second is a lamborghini gallardo last looks like a 90´s mitsubishi lancer

SumSamurai
YOT Elite
Offline
Ya, i know the 1st and 2nd car are different. I just like to keep it minimal. I might actually take up a hobby decorating something a rather like this! Will be fun, and fetch a small fortune on ebay.